What I read on my holidays

I felt like doing something a bit different for this post. Much as I read and read and read children’s and YA books, I do really like ‘grown up’ books as well. And actually, where’s the difference? simplicity of language? Read The Lie Tree and tell me that’s not linguistically complex, or in fact, Where the World Ends, the latest Carnegie winner which I have just read, on my holidays.

It’s by Geraldine McCaughrean, it’s set in the 18th century, and it’s sort of Lord of the Flies but set on a stac just off St Kilda in the Hebrides. Don’t know what a stac is? read the book. You’ll learn a whole new vocabulary, and while it may take you a few pages to get into it, once you’re in, you’re hooked. So, linguistic complexity, that’s not the exclusive preserve of  adult fiction. What about plots? Much is made of how children these days have short  attention spans, and need more and more things to happen sooner and sooner otherwise they’ll get bored and go and watch Love Island. Where loads happens… But actually, all books need decent plots. Two thrillers I read on my holidays; a Jack Reacher novel (can’t remember which one but they are quite similar) and A rising man.

Written by Abir Mukherjee, an Indian Scot, it’s an exciting detective story set in Calcutta in 1919. It has great characters and set in a really interesting world (the Raj) at a really interesting time (Amritsar massacre and Ghandi). Really good genre writing is hard to beat, and when it’s a genre as well trodden as the detective novel, it has to be good. Luckily this one is, and I have already lined up book 2.

Actually, before we move on from Jack Reacher novels, I always read one of these on holiday, and they never disappoint. Luckily there are loads of them (29 so far), and I’ve come to them quite late so I’ve got a fair few holidays worth ahead of me. If you’ve never come across them, and you like your heroes unreconstructed, your plots complex and your pages to be kept turning, then I highly recommend them. Over 100 million books sold, one in fact is sold somewhere in the world every 61 seconds. I read a really interesting article Lee Child (British creator) wrote about how he keeps people reading. It’s a really simple formula, he asks a question very early on in each book, and doesn’t answer it until at least three quarters of the way through by which time he’s asked so many more that you’re totally hooked. You just want to know. Clever and very simple. But to keep doing it book after book is really impressive. Actually, this is a great reluctant reader tool. When a book is this unputdownable then reading really does become indispensable.

On a slightly different note, this is a book by someone I really like and have read loads of. World creation is a skill which is essential for any YA writer wanting to tackle a dsytopia, and let’s be honest, most of them do at some point. The Knife of never letting go, His Dark Materials, Harry Potter, The hunger games etc, all depend on flawlessly constructed and convincingly portrayed worlds which we can recognise enough to imagine being there, but which are also alien enough that fantasy can creep in and do its magic. Ann Patchett is not a YA novelist, and her worlds are not fantastic in anyway. They are in fact totally everyday. They are intimate, familiar and utterly compelling. Her books are not page turners, they are not particularly exciting, but they are so completely realised that when you finish them you feel like you know everything. You don’t even want a sequel, because you are completely full. Her characters are familiar yet original, and her turn of phrase is always just right. It’s like watching a brilliantly directed film, the medium is perfect for the message. I’ve read Run (set in Boston),  State of Wonder (Brazil),  Commonwealth (California), and now the Magician’s assistant which is half in LA and half in Nebraska. Apparently Bel Canto is a bit disappointing so I haven’t read that one, but I will.

Caroline had always wanted to read Moon Tiger by Penelope Lively, so that came along as well. It was on the shortlist of the Booker of Bookers and I did really enjoy it. A woman is dying and is writing a history of the world through the prism of her own life. It jumps about in time, is told from multiple viewpoints and should never be used by a teacher to illustrate how structure and storytelling ought to work. It breaks every rule, and is all the better for it, but Penelope Lively knows exactly what she’s doing. Any attempt to use it as a template, or an exemplar is impossible. And in a way maybe children should be encouraged to do that. It’s certainly how they think.

I’m sure I’ve talked before about a book called The Pirate’s Tale which is almost the only book I know actually written by a child.

Janet Aitcheson was 5 and a half when she wrote this. She never wrote anything else and is now a librarian in New Zealand. But amazingly, she wrote this and it was published by Puffin. The reason I’m telling you this is because it’s structurally totally anarchic. There is a very vague sense of continuity, but only in an ‘and then’ and ‘one day the pirates got a new cat’ kind of way. And it feels totally authentic, because that is how children think and talk. It’s not linear, it doesn’t obey rules, and there is no need for logic or realism. So, on balance, maybe everybody should read Penelope Lively, or at least those of us who claim to be writing for children.

Standard Deviation is an American novel about a second marriage. It’s really funny. Totally irreverant and constantly surprising. Not for children because it’s about relationships and they wouldn’t get the jokes. Caroline and I were watching The Affair the other night and my 12 year old came in on her way to bed. Of course she sat down to watch and of course that was the moment that Helen and Vikram started having sex. A quickie against a kitchen island because he’d just been diagnosed with pancreatic cancer and death and life and so on. She looked thoughtful while they were having sex and then said ‘that doesn’t look very comfortable’. Where do you start? Not with Standard Deviation… But if you are married, then read it. It’s cruel, accurate and very funny.

Mick Herron – London Rules. I don’t quite know what to say about this. It’s the fifth in the series, and I’ve read them all in the last year. So you’d think that would be a recommendation. And yet there’s something not quite satisfying about them. They are pop spy thrillers. It’s a great idea, there’s a group of spooks who’ve all messed up so they’ve been exiled to this anonymous office behind the barbican, and despite themselves they all get involved in really serious operations and stings and such. The characters are good, the world is quite fun, but there’s just something not jump up and down about them. I feel really bad because I’ve read them all and will probably read the next one. But then I read the other Dan Brown books when I definitely should have stopped at the Da Vinci Code. So you decide. 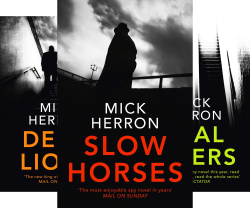 Finally, and I actually finished this before we went on holiday, Home Fire by Kamila Shamsie.

It’s a contemporary retelling of Antigone, but set in contemporary Britain. With a Muslim home secretary. Prescient, culturally really interesting, thought-provoking, all that good stuff. I have passed this on to at least 5 people so far and nobody has been anything other than wowed. Really good.

Actually there is one more. And it’s a YA book – the Hate you Give. 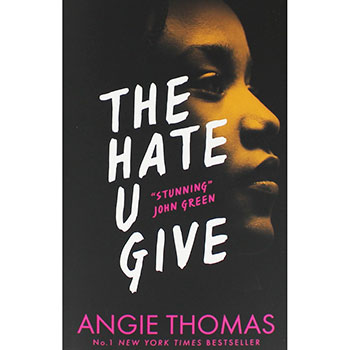 This is another must read, but maybe only if you’re under 18. It’s autobiographical, it’s honest, it’s searing, and it asks the questions about race and family that you would hope any parent would want their children to consider. As a white middle aged male, this is a book I could never ever write, and maybe that’s one of the reasons I like it so much. If you are trying to explain ‘voice’ to a child reader, give them this.

So Unsurprisingly I’ve wandered off message. I don’t know what the difference between children’s fiction and adult fiction is, broadly it’s all story-telling and that’s really all that matters. Now I’ve got to find something else to read, and get back to work.