Getting them to read alone

This is another one where it’s very hard to put an age on the books – children will insist on developing at different rates. Anyone would think they were individuals rather than just putty to be moulded. So they learn to read at different times and in different ways. Some never really enjoy it, others can’t get enough of it. My family has both.

I know I keep saying this, but to my mind there really is nothing like getting completely lost in a book. There is no experience to match it. Although the other day I was sitting next to my daughter who was watching a film on the Ipad and I looked down to see her in floods of tears. She was watching ET and she’d just got to the bit where they’re experimenting on him in hospital. It’s powerful stuff. So maybe you can get completely lost in a film as well. But back to books. Books they can read on their own I guess should be easy enough that they can recognise almost all the words, but hard enough that the child feels challenged, not patronised, and stimulated. I’m still really cross with myself because I gave my children The Owl Service by Alan Garner. It’s an amazing, terrifying, atmospheric fear-fest, but I gave it to them way too early and they couldn’t cope with the language or the dialect. So now they are off Alan Garner which is a real shame. Having learned my lesson I read The Weirdstone of Brisingamen and its sequel The moon of Gomrath to my younger one and she was absolutely transfixed. Even with me doing a truly terrible Northern accent. It would be great to get these as audio-books.

So books they can embark on alone should be rewarding and a bit tricky? That said, there’s nothing more satisfying than finishing a book and actually thinking ‘huh, this is easy’, which I guess is why both The Rainbow Fairies and Beast Quest are so popular? Comforting, familiar and not remotely frightening. So you can go either way. You can always start them off on it. Do page and page about? The main thing is that they don’t get downhearted and depressed. this post is turning into a similar one to the one I did about reluctant readers a while back – I guess if they’re not reluctant and want to get on with reading you just need to keep them equipped?

Obviously there is one clear leader, head and shoulders above all others, and it has a sequel coming soon!

The picaresque adventures of a Scottish Duroc Pig who is tragically separated from her best friend and embarks on an odyssey to find her. There is more about this one in other parts of the website so I won’t bang on about it here. I was doing a publicity talk to a group of Key stage 2 children (years 5 and 6) and their teacher asked me what age it was aimed at. I told her I’d always imagined it could be the last book you read your children? So it does fit nicely into this category. It’s pretty straightforward, but there are no pictures, the language is sufficiently complex to be interesting, and hopefully it’s exciting! 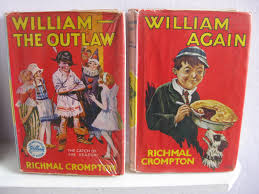 These are very funny if a tiny bit dated. That doesn’t usually bother children though, and you can play them the brilliant audio books (Martin Jarvis). There’s a sample here (http://www.youtube.com/watch?v=2PZt9q2rneM) – once you’ve heard Martin Jarvis doing his thing then you never forget it. The only downside is that I now can’t read them to my children because he’s so good I just feel inadequate!

I’ve talked about these before – they’re out of print (get them from http://www.abebooks.co.uk/) but very funny. Don’t know why they’re out of print, they shouldn’t be. Kids who are smarter than grownups always appeal, and Arthur is in a different league. There are about 8 or so of The Arthur Westerns and then a few more random ones where he comes to London and hooks up with Sherlock Holmes.

Now I may well be a bit biased, but I’m a massive fan of pig fiction, and this is of the finest. Babe, Charlotte’s Web, the top secret diary of pig are all excellent and probably all belong in this category (although I think Babe is actually a better film than a book) but this is my fave. Great family of pigs who live with their father figure Brock the badger and all do stuff. They all have clear roles except for Sam who seems to do nothing apart from get into trouble and be responsible for all the stories. Funny, charming, surreal (even in animal fiction terms some of the things that happen are truly and pleasingly odd) and each story is the perfect length to read at bedtime. Alison Uttley is probably more famous for the little Grey Rabbit books, which are also brilliant, and sit here very neatly. They are pitched younger, so you will definitely start off reading them to your children, but they will pick them up again and again. Fuzzypeg, Grey Rabbit, Owl etc – they are like slightly less memorable Beatrix Potter books (who I guess belongs here as well for the same reasons). My favourite was one called Hare joins the home guard when for some obscure reason the animals were attacked and had to defend themselves by digging holes and firing catapults. Magic. Anyway, Sam Pig is pitched a bit older, but is every bit as good if not better.

While we’re on the subject of less famous series by people, what about the Emil books by Astrid Lindgren (she of Pippy Longstocking fame)?

He’s a very naughty boy who’s always in trouble and is very funny. Where Pippi Longstocking is memorable because she’s surreal and a bit odd, Emil is just really naughty. You’ve got to love someone who hoists his own sister up a flag pole. But all the stories are underscored by a very clear sense of right and wrong, and where Pippi simply bashes the bad guys, Emil has to outwit them. I love these stories, not least because it’s so nice to have mischief properly appreciated.

There are a load of good football books around which are short and straightforward; Frankie’s magic football by Frank Lampard, TJ  by Theo Walcott, and then Girls FC by Helen Pielichaty. They are very easy to read and are obviously about football which is almost always good. Jamie Johnson (Dan Freedman) is a step up from those in quality terms, but isn’t hard at all and is a great series for the not so confident reader.

I know it’s really annoying suggesting something that’s out of print, but I get very nostalgic for The Giant Alexander by Frank Hermann. Great stories about a giant and his friend Timmy Dew and the adventures they have (cleaning Nelson’s column, joining a circus etc). I had them when I was little and I loved them.

Also the other day I bought a second hand copy of The complete Sophie stories by Dick King Smith. Really good. Funny, short and easy. All about a stubborn little girl who wants to be a lady farmer and is inescapably logical. I thought he only did animals, so this was an interesting discovery.